Gold Award “GURENGE”
The work “GURENGE” composed by KAYOKO KUSANO, written and sung by LiSA, has received this year’s Gold Award. "GURENGE" was written as the theme song for the TV animation "Demon Slayer" (aired from April to September 2019) and was released in July 2019. Since then, it has gained popularity through music distribution services, recording more than 200 million times streamed in October 2020. It was also supported by a wide range of generations in karaoke and won the Gold Award for the first time with the second highest distribution amount for interactive transmissions and the highest distribution amount for karaoke.

The work “Pretender” written and composed by
SATOSHI FUJIHARA (second from the right), vocalist
and pianist of Official HIGE DANdism, has received this
year’s Silver Award.

Silver Award “Pretender”
The work “Pretender” written and composed by SATOSHI FUJIHARA, vocalist and pianist of Official HIGE DANdism, has received this year’s Silver Award. "Pretender" was used as the theme song for the movie "THE CONFIDENCEMAN JP: ROMANCE" released in May 2019. In November 2020, it was the first time in Japanese history to exceed 400 million times streamed and the music video was viewed more than 300 million times on YouTube. It won the Silver Award for the first time with the highest distribution amount for interactive transmissions and the second highest distribution amount for karaoke. 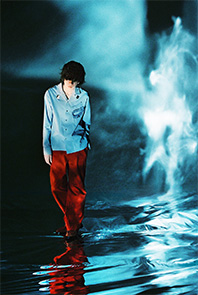 Bronze Award “Lemon”
The work "Lemon" written and composed by KENSHI YONEZU has received this year’s Bronze Award. "Lemon", which won the Gold Award last year, has been used in a wide range of fields since its release in February 2018. In addition to being widely used for interactive transmissions and karaoke, the album “STRAY SHEEP” containing “Lemon” has sold more than 2 million copies reaching No.1 on the 2020 Oricon annual album chart, as well as winning 46 titles in the 2020 annual ranking and awards. 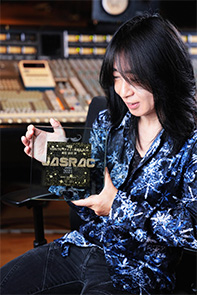