An Interview with Nataliya Gudziy, a Musician from Ukraine

As part of the Songs for Ukraine campaign, JASRAC interviewed Nataliya Gudziy (JASRAC member), who is a musician from Ukraine. She shared with us how she feels about her native country and the music and culture of Ukraine. Please take a look.

Wanting to share Ukraine's music and culture with Japan 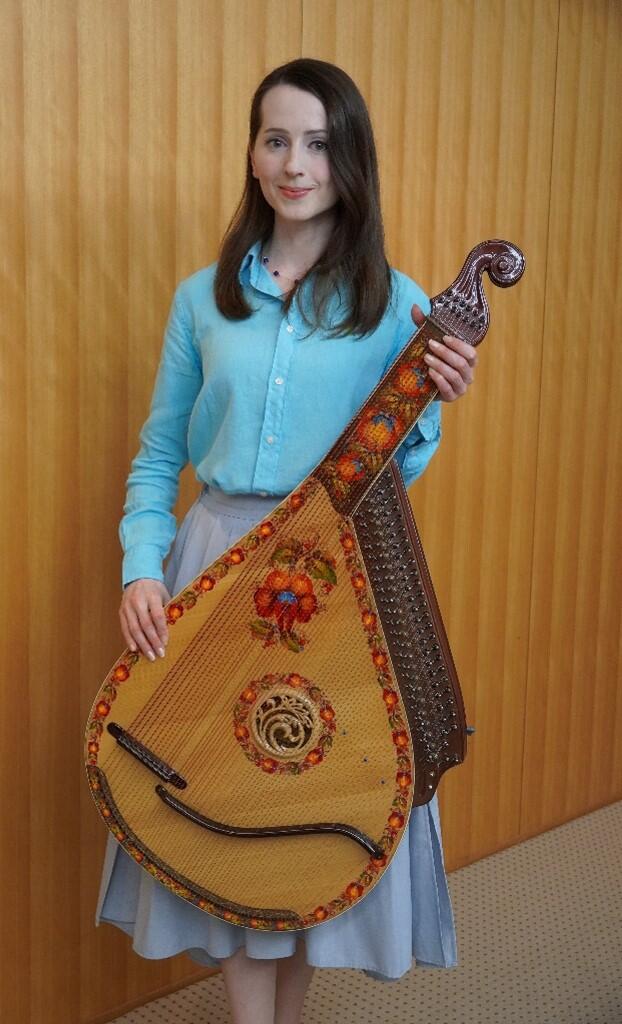 In 2000, I was given the opportunity to begin a musical career in Japan while studying at a Japanese language school. I studied very hard and passed N1 of the Japanese Language Proficiency Test in 2003!

At first, I sang Ukrainian songs to my own accompaniment. Then in 2001, I met composer and music arranger Akira Inoue (JASRAC member) and he suggested I write my own lyrics and music. With Mr. Inoue's help, I held joint performances with many musicians playing various other instruments, including Japanese instruments. Thanks to his support for over 20 years from the time I was a Ukrainian folk song musician, I'm now able to compose my own songs and lyrics and arrange them to express my feelings through music. I'm very grateful.

In 2016, I held a commemorative concert in Ukraine with Mr. Inoue and others. Being able to introduce Japanese instruments and musicians to the people of my home country was a dream come true, and the concert was a great success.

Over these 22 years, I have worked as a musician with the hope of bridging the Japanese and Ukrainian cultures. In 2008, I was invited to TV Asahi's show Tetsuko no Heya (Tetsuko's Room), where I spoke to Tetsuko Kuroyanagi about Ukraine's music and culture and played the bandura, which is a Ukrainian instrument. In 2013, I participated in Nippon TV's show 24 Jikan Terebi (24-Hour TV), where I sang and played Itsumo Nando Demo (Always With Me) (lyrics by Wakako Kaku, music by Yumi Kimura) on the bandura at the Nippon Budokan.

In 2017, I was invited to perform in The Music World Traveler, organized by JASRAC. I wrote Requiem for Kotlyarevskii for this event by adding music to a poem by Ukraine's legendary poet, Taras Shevchenko. The song has a special place in my heart.

I'm a musician. To me, musicians are people who believe in the power of music no matter what. Ever since I was a child, I was always heartened and encouraged by music, even in challenging or sad times. That's how I've lived, and that sort of experience is what I want to deliver to the people who listen to my music. I want the melodies and lyrics to carry all sorts of emotions and I want to convey them to the people who listen to my songs. I also hope that they feel a connection to Ukraine through the Ukrainian songs that I sing and want to learn more about Ukraine.

Since I've been in Japan for over 20 years, I don't have contact with a lot of Ukrainian musicians. But I'm still incredibly saddened to know that at this very moment, they're taking up arms instead of instruments. Today, Ukrainian musicians are unable to express the myriad of emotions they are undoubtedly experiencing. I want to believe that they will be able to express them one day, and until then I'm going to do what I can in Japan. It's not hard to imagine their feelings and frustrations at being unable to express themselves now, and I believe that makes it all the more important that everyone else involved in music and the arts not fall silent when we're faced with hardships.

Origin and basis of Nataliya's music 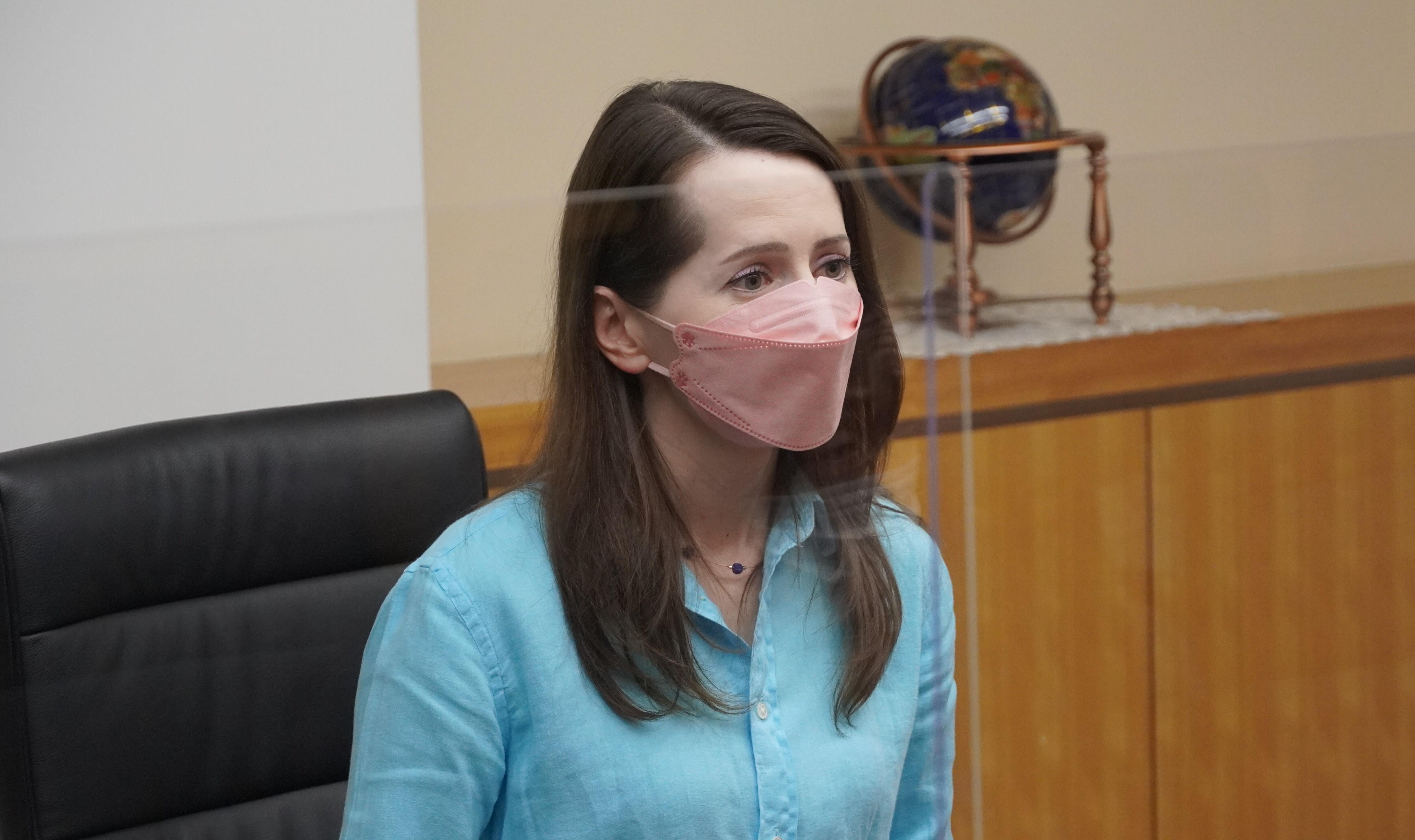 I grew up in a family that loved music. No one was a professional musician, but music is everywhere in the daily lives of Ukrainian families. When one person starts to sing, everyone naturally joins and sings in harmony. The songs we sang were always traditional folk songs passed down through generations. Those songs were the origins of my music. Different regions have different folk songs, and since my parents are from western Ukraine, the folk songs may have been similar to Polish folk songs.

Other than music, embroidery is also deeply rooted in our culture. All the girls learn to embroider at school, but we also learn from our mothers and grandmothers through generations. Embroidery is very important in Ukraine. Traditional clothes are decorated with embroidery on the chest, along the sleeves and around the neck, which is said to prevent bad things from entering through those areas. Embroidered cloths are also used in various daily rituals. Summer holidays in Ukraine last three months, so as a child, I spent a lot of time in western Ukraine in my grandmother's village. I often used to sing as I took care of the farm animals or embroidered out in the open fields. Looking back, growing up in such an environment gave me the sense that song, music and nature were all connected to my body. So I still value that formative experience, and I think it forms the basis of my music.

I want people to know more and more about Ukraine

School classrooms in Ukraine usually have a portrait of the legendary poet Taras Shevchenko. His collection of poems, Kobzar, lives on in people's hearts as a pillar of emotional support. The bandura that I play was originally called a kobza, and it was a little smaller with fewer strings. Bards called kobzar, who were often blind, would travel to poor villages to play the kobza. They were like the biwa hoshi (lute priests) in Japan.

It can be said that Shevchenko's poems are Ukraine's soul, and they've been made into many folk songs that are sung by our people. Toshio Daigo (deceased) translated those songs to fit Japanese syllables while keeping true to their original meanings, and then released them so that people in Japan could sing them too. Mr. Daigo was very kind to me and I treasure the collection of songs he gave me. One of the songs he translated is titled My Kyiv and I sing it often. Everyone in Ukraine knows it, so it's like the Ukrainian equivalent of the Japanese song Furusato (My Homeland) (lyrics by Tatsuyuki Takano, music by Teiichi Okano). I hope people in Japan will sing it too, in Ukrainian and Japanese.

By the way, many of my performances are naturally held in concert halls, but surprisingly I also perform a lot in temples. It's interesting, but it seems my bandura and I go well with temples.

I also want to mention the food culture. I always loved umeboshi (pickled dried plum) from the time I first came to Japan, but I just couldn't get myself to like natto (fermented soybeans). But I tried hard, and in 2019, I was finally able to enjoy it a little! I also held a dinner show in 2020, featuring a full-course dinner of Ukrainian dishes for the guests as they listened to me perform. Not many people know this, but borscht is a dish that originated in Ukraine. Like miso soup in Japan, each family cooks borscht with different ingredients and flavorings. My recommendation is to add lots of beets. It's delicious. You can find my borscht recipe, called "Nacchan's Borscht" on my website, so please try it. Going forward, I hope more people in Japan will grow interested in Ukraine through my music, Ukraine's music and its culture, and will want to learn more about the country. Nothing would make me happier than to see people say they like Ukraine and offer long-term support for its reconstruction, especially for the children who will lead our future. 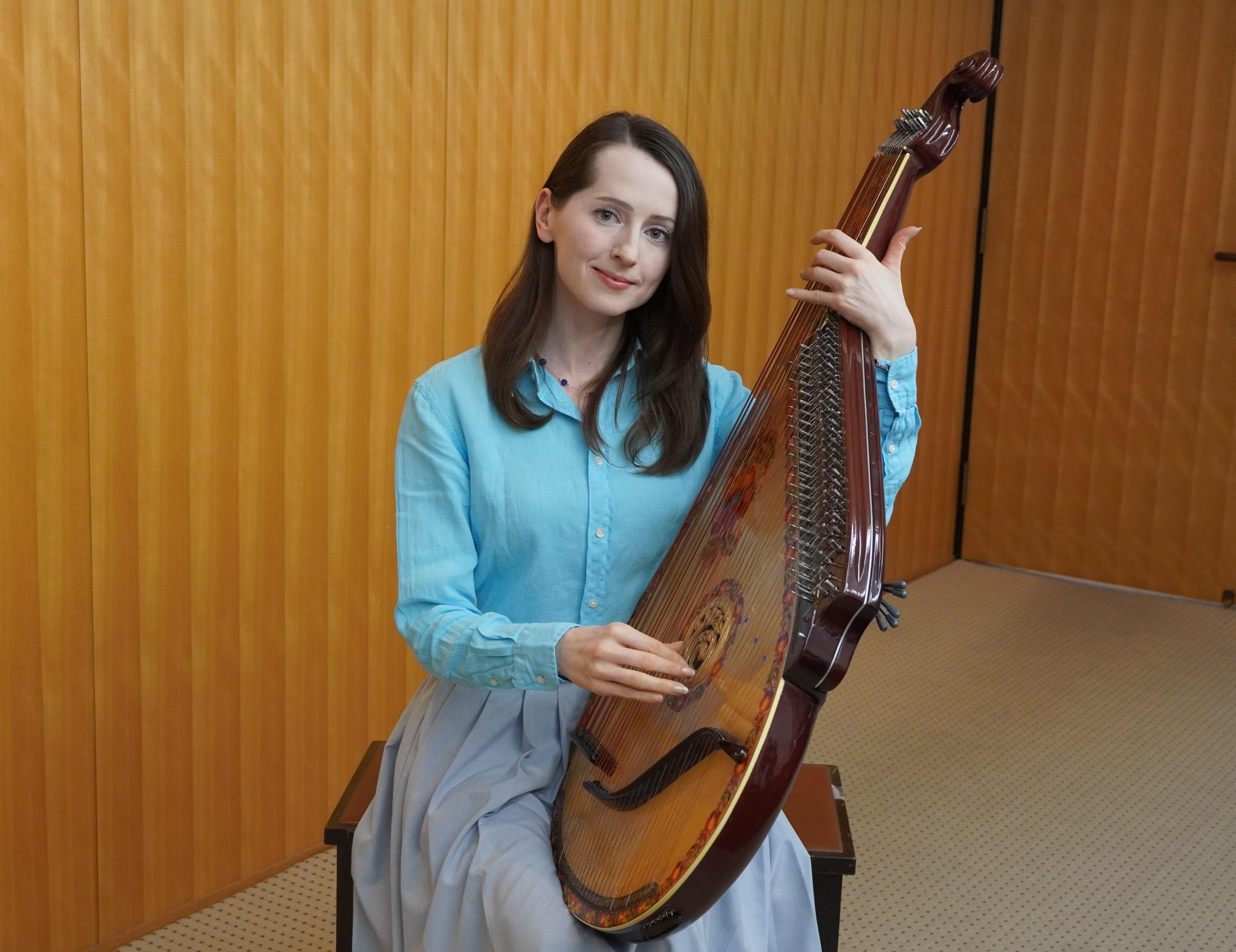